← more from
Felte Records
Get fresh music recommendations delivered to your inbox every Friday. 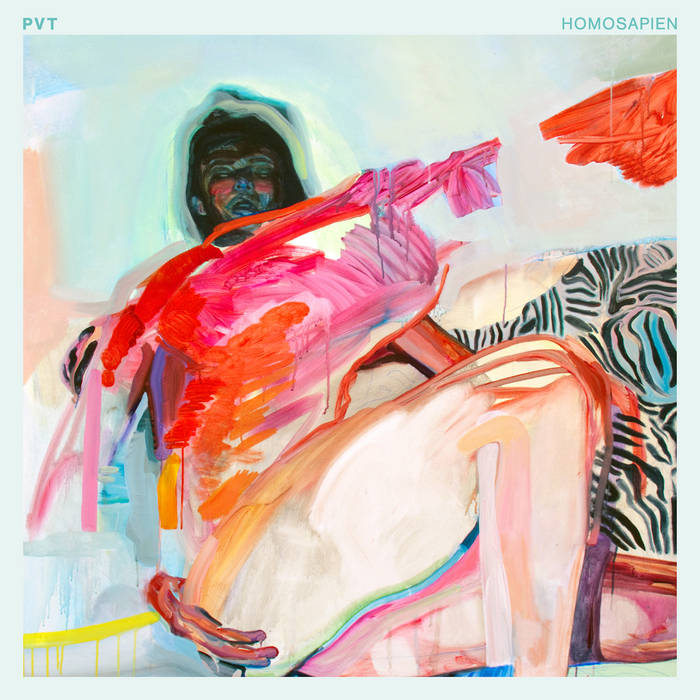 lawsonvictoria I’ve loved PVT’s sound since I heard them at the Sydney Opera House and ‘O soundtrack my heart’ it’s great to catch up with more recent work. Favorite track: Casual Success.

Ed Sprake A different take on the live + electronic style, not quite like anything I've heard before. PVT stunned me with their previous albums, and continue to do so with this one. They have continuously evolved and some of this falls only very slightly short of genius. It's taken me a few listens to get there, but it's definitely worth the effort in my opinion. Favorite track: Electric.

Mitch To be honest I don't love the start, but by the end it's the one that sticks in my mind the most! Favorite track: Cold Romance.

Bala and the Bear

Last we heard of Australian three-piece PVT, they were exploring the outer reaches of electronic rock with their 2010 album 'Church With No Magic'. The Australian trio have made a distinguished career out of making genre-bending guitar music, carving themselves a reputation as sonic innovators, and in 2008 becoming the first band from their homeland to sign to iconic UK label Warp. All of which makes their new album 'Homosapien' — their fourth studio album and Felte debut — a startling listening.

The difference is apparent from the instant you hit play on 'Homosapien': Richard Pike is singing. PVT's records have featured vocals in the past of course, but this is the first release that's placed Pike front and centre as a bona fide frontman. The change provides his band's sound with a focal point that allows 'Homosapien' to be more open, more intimate and yet also more direct than its predecessors. This is the document of a band as close as ever to defining ‘their sound’: a seamless collage of instruments, electronics, old keyboards and machines, and Pike's voice.

PVT's sound has already been described as a "futuristic INXS", a sonic collision of machine and man, and indeed, 'Homosapien' does sound like pop music from some distant future where song craft is as important as glitz and glamour. That's not to say that PVT have abandoned the spirit of sonic adventure that's characterized their back catalogue — 'Homosapien' is as full of nuance and texture as anything the band have ever recorded, from floating opener “Shiver”, to the gothic, cathedral-like jigsaw of “Electric”, 3-D love song “Vertigo”, or the throbbing vintage drum machines and found-sound samples of “Evolution” and “Nightfall”.

But their sound is more focused than ever, making this the most song-driven and spacious record they've made to date. Along with space and a renewed sense of identity, it would appear that in Homosapien, PVT have also found their humanity.

Bandcamp Daily  your guide to the world of Bandcamp